What color is loneliness?

Loneliness is a modern epidemic Standing in line at a grocery store, I overheard a customer tell the clerk ringing through her order, “I never use the self-service option because… Read more What color is loneliness? →

An Improbable Tale Of Alien Romance

This short story was my 2005 birthday gift to a friend. In 2008, mediate.com made an exception to its nonfiction content rules to publish it. In 2013, I added it to… Read more An Improbable Tale Of Alien Romance →

Just because we were unaware before and forgot after, doesn’t mean a problem no longer exists. Collective attention focuses on an important and immediate problem until social media hashtags hit their… Read more Hashtag expiry dates on important issues → 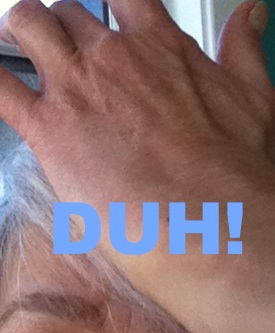 Does regret deserve another chance?

What is it about regret? Regret has quite the reputation. Dictionaries shove regret in with remorse, apology and disappointment. For years I accepted this connotation and have been regret avoidant, determined to live without… Read more Does regret deserve another chance? →

Question posed: A co-worker and I have jobs that rely on each other for success, yet we can’t seem to work together. We either trip over each other doing the same task, or think the other person is doing it and it falls undone between us. What needs to change? Answer: Let’s say you divvy up the tasks exactly fairly and make a detailed list of who does what and when. If the issue is “we can’t seem to work together” then a list, however detailed, won’t solve the problem. Here are some… Read more Conflict management helps reduce stress →

The power of apology in conflict

This week I witnessed the importance of sincerely offering and graciously accepting an apology. Granted, during times of high emotions, it isn’t always easy to do either. In these two cases, how an apology was offered (or not) and accepted (or not) had the power to change the outcome of the two relationships: