A key message from Coaches is that we control only ourselves. Managing ourselves sounds easy and simple, and is hard and complicated. When someone’s in our face we get defensive. Self-control interferes with demanding fair rebuttal time. What if self control was within reach of the television remote control? Yes, you can learn conflict competence from watching TV.

Popular culture, especially TV sit-coms of all places, taught me how to moderate my reactions. Seriously. TV scripts offer models of competent and incompetent reaction management.

In a confrontational situation, we feel the need to speak our truth. If we can’t tell the person confronting us, for example the person has power or is a teammate, then we find an ally, a sidekick, and complain.

Not reacting in the heat of confrontation is a common script in sit-coms. Let’s take two examples, one classic oldie (Reba), and one that’s still a ratings hit (Big Bang Theory). 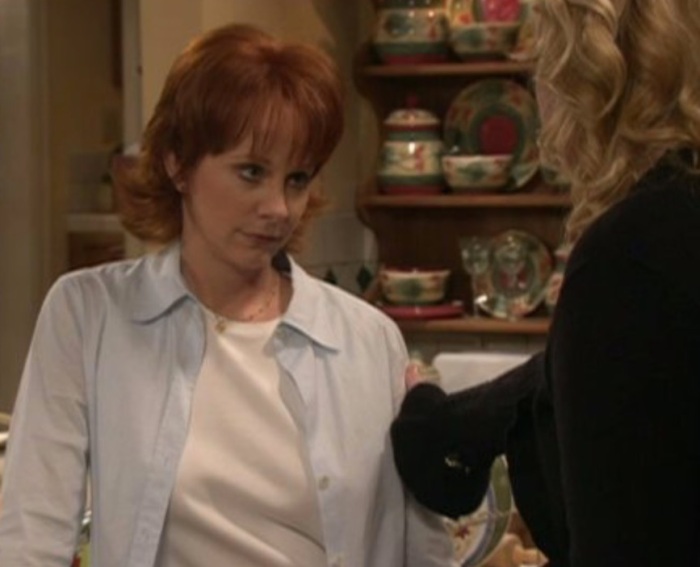 Barbara Jean spouts off and Reba’s response is a nanosecond of silence, captured in this photo. Her silent self-management telegraphs that she has a comeback. Were Reba to defend herself, she’d win. Win what? Contradict Barbara Jean with the truth and end the hypocrisy of their warped dysfunctional relationship at last.

Or would Reba lose? Next, Barbara Jean reacts defensively. Escalation is mutual loss.

Reba has a private studio audience

Reba doesn’t need to use words to feel heard and understood. We, her studio and at-home audience, get it and that’s her win.

After Barbara Jean’s thoughtlessness, Reba’s knowledge transfer is to us, her audience, her ally and sidekick.

The Big Bang Theory is another fabulous example

Kaley Cuoco, as Penny, and Mayim Bialik, playing Amy in Big Bang Theory, are excellent at self-management. Their foil, usually Jim Parson’s character Sheldon, is oblivious to his insensitivity. If they become defensive the fight’s on. 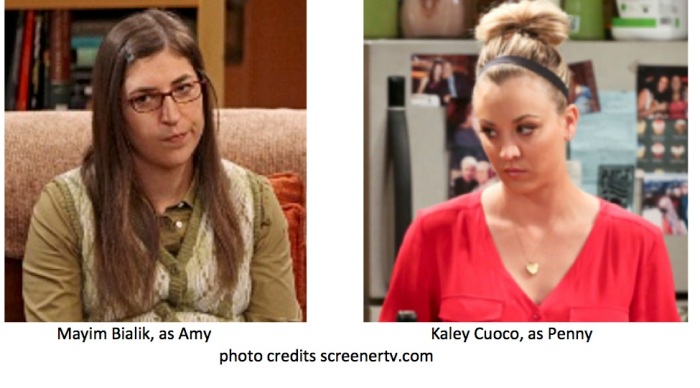 Instead, Kaley, Mayim, or other actor share a heartbeat of silence with their studio audience and with us. We get it. We award them the Edit Credit. They win.

The premise of this conflict competence tip

We want to be seen, heard and understood. It’s validating to have approval. We like our opinions to be considered correct. Feeling unseen, unheard, misunderstood, wrong or disapproved of, makes us defensive. We aim to win the argument, which escalates the situation.

Now, imagine you have a studio audience that understands the rebuttal you didn’t speak. Your audience, as ally and sidekick, rewards your self-management.

You gained time in which to do conflict better

You win. Win what? You were kind, didn’t level the person with the perfect putdown, and didn’t lose self-control, which is the only control you have.

In the heartbeat of silence you gain time to be conflict competent and win credit for your edit. Your audience applauds your self-management, and you can now focus non-defensively on the person who hasn’t gotten you – yet.

Like Reba, Kaley/Penny, and Mayim/Amy, you step away from putdowns, knee-jerk reactions, arguments, and rebuttals. You edit your reaction and manage yourself, knowing your audience gets you. You win the Edit Credit Award. Eventually, you’ll self-manage without imagining your own private audience.